Tough week for the Democratic Party

No matter how you spin it, it has been a shitty week for the Democratic party. I'd argue the worst week we've had politically since the November election. It all started with the corporate medias joygasm to the Anthony Weiner "scandal". My views on this are I think he was hacked and pranked. But even if it was true does it really matter? Who cares what people do in there private lives! I saw the apparent photo and it's pretty G rated when compared to shit I see on blogger! But Weiner has taken a hit with this and I've liked him through the years, he's been a great liberal voice in national debates....


I'm gonna be honest, even if somehow this Weinergate scandal turns out to be true I don't fucking care! We need guys like Weiner in the United States congress and what he does in his personal life is of no concern of mine, yours, or anybodies as long as he doesn't abuse power, or use tax payer money which he definitely and unequivocally HAS NOT DONE!


And then you have former rising star of the Democratic Party John Edwards. It sickens me to know that I once liked this guy! He is quite possible the biggest scum bag EVER in any political party! If not the biggest he's for sure in the top 5! I mean put it all in perspective....
He is making the Dems look pretty bad right now as it is and he's been exiled for a couple years now, imagine what would have happened had he won the nomination and won the presidency! Can you say hello to President Palin anyone!?!


Today it was Blago's turn to return from the grave and haunt the Dems! Anytime this guy is in the headlines does not bode well for the Democrats. 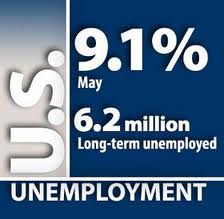 You know it's been a bad week for the Dems when Mitt Romney looks much better than Obama for a day. The unemployment figures were released yesterday and boy oh boy did the Repubs go gaga over the whole thing. Mitt was out there sayin "I told you so!" If the economy doesn't start picking up speed quick then say goodbye to Obama and hello to Corporate welfare!

I can't believe any body can say with a straight face,"The Bush Tax cuts have been a success!" Really? They've been in place for ten years now, how's everybody doing? I love the media too,


Oh ya and the auto industry has made a comeback and is paying off all the bailout money back to the government and is now a profitable, job creating industry that would have disappeared forever had Obama not stepped in and saved them but who cares about that because we're all too interested in Weinergate!


I have a confession, I love Obama! Ever since the day he won Iowa in 2007 I've just loved the guy! It's cool for me personally to have my role model be the President of the United States. I have faith in his abilities to overcome this horrible situation he inherited from the WORST president ever! I know it's a shitty time for ALL of us right now and it sure feels like the economy will never come back. But we've got to realize that it took eight years to get in this mess. It's gonna probably take Obama eight years to fix it!

And finally, I'm flattered that I got this award from Mrs. Pickle over at http://picklesinmyass.blogspot.com/
what really is cool to me is she said I've been kind to her. Being called a kind person is a great compliment so I thank her for that.

I now get to choose five fellow bloggers to reward this to and here's my choices...
So there are rules to this award, pretty much to pay it forward to 5 blogs that you like. If you weren't on the list just know that I have great respect for all of you and I hate picking favorites. I'm the kind of guy that thinks we should all get winners trophies. I know that's lame but hey, I'm just that kind guy!:) 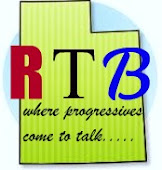 Join us! Make your voice heard! 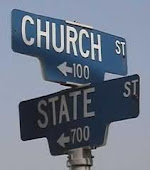 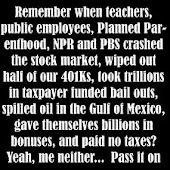